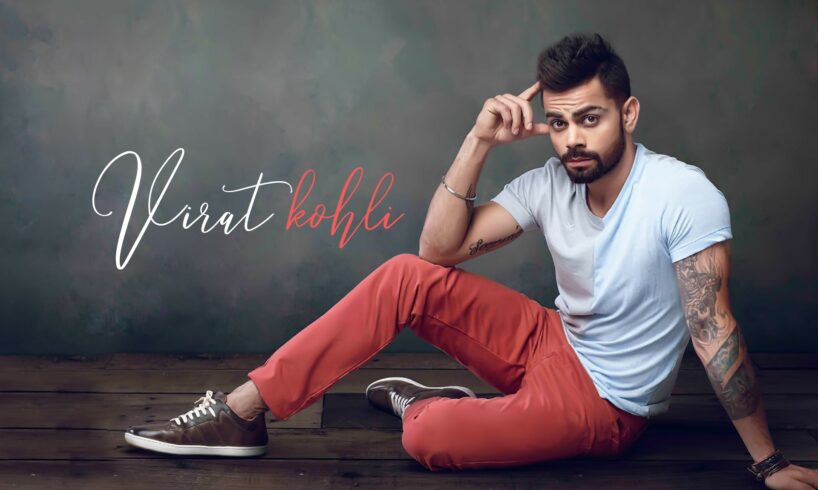 Virat Kohli is an Indian cricketer, listed as one of India’s top sportsmen.

Virat Kohli is an international player in Indian cricketing. He is a batsman of the middle order, who can also open the batting. He can also bowl right arm medium pace. He got his initial cricket training in West Delhi Cricket Academy, since its inception in 1998.

In 2011 Virat Kohli played his first Test in Kingston against West Indies. In 2012 Kohli received the ICC ODI Player of the Year award. Kohli first played for Delhi Under-15 team in October 2002 in the 2002–03 Polly Umrigar Trophy

He is currently the Indian cricket team’s captain. Virat Kohli is known for his immense mental ability.

When Virat Kohli lost his father, he was playing for Delhi in the middle of a Ranji Trophy match. Around 3 AM he got a call and came to know that his father was no more.

According to others, he had an attraction to cricket from a very early age, as early as 3. He would pick up his bat, and ask his dad to bowl to him. He studied at the Vishal Bharti Public School, and was born in Uttam Nagar, Delhi. He played in the alleyways with the boys from the area when he was a youngster, and the people around saw his talent even then. Everyone urged his father not to let his talent go to waste in gulley cricket and send him to a proper Academy for cricket coaching.

The Captain of the Indian cricket team is the brand ambassador for Audi.

What About Cricketer Virat Kohli, He is among the highest-paid athletes in the world

Kohli’s gross earnings, according to the Forbes list, is $21 million from endorsements and $4 million from bonuses and winnings, bringing his cumulative tally to $25 million in the last 12 months.

Virat Kohli has the best rating then any Indian batsman ever at Test, ODI and Twenty20 International. Kohli is a chase master and has the highest number of centuries in run-chases in the world. He is also the fastest batsman in ODI cricket on 10,000 and 11,000 runs, having achieved the milestones in 205 and 222 innings respectively.