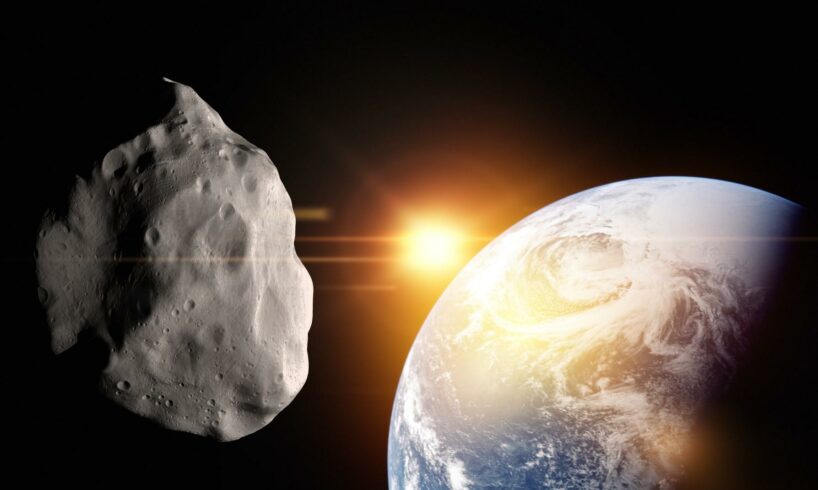 An Asteroid More Than 1,000 Feets Long Will Pass By Earth on April 13th, A Friday in 2029, and can be easily seen with the naked eye. Many of this debris will travel so high that it will pass straight out of the atmosphere of the planet and enter into orbit around the earth.

At one point in a minute it will fly more than the width of the full moon and it will be as bright as the stars in the Little Dipper.

The asteroid would first become apparent to the naked eye in the night sky over the southern hemisphere, passing over Earth from the east coast to Australia’s west coast, appearing like a moving star-shaped point of light. On the east coast of the United States it will be mid-morning as Apophis is over Australia. It will then cross the Indian Ocean, and it will reach the equator, still heading west, across Africa by the afternoon in the eastern US.

Apophis will be over the Atlantic Ocean at the nearest approach, and it will travel so rapidly that it will cross the Atlantic in just one hour.

The last time that occurred was 65 million years ago, when the planet was struck by an asteroid, forming the ‘Chicxulub crater’ in Mexico and causing dinosaur extinction. The next time the asteroid is scheduled to pass by earth after 2029 is in 2036.

Scientists have advanced the concept of putting a seismometer on space rock. One design would impale Apophis like a harpoon to catch tiny vibrations through space rock that could help scientists understand Apophis’s interior structure and how it is influenced by the gravity of Earth. Also among the ideas is a project that would establish an artificial crater on Apophis, much as Hayabusa2 did at an asteroid named Ryugu. This is how an Asteroid Will pass by Earth in 2029