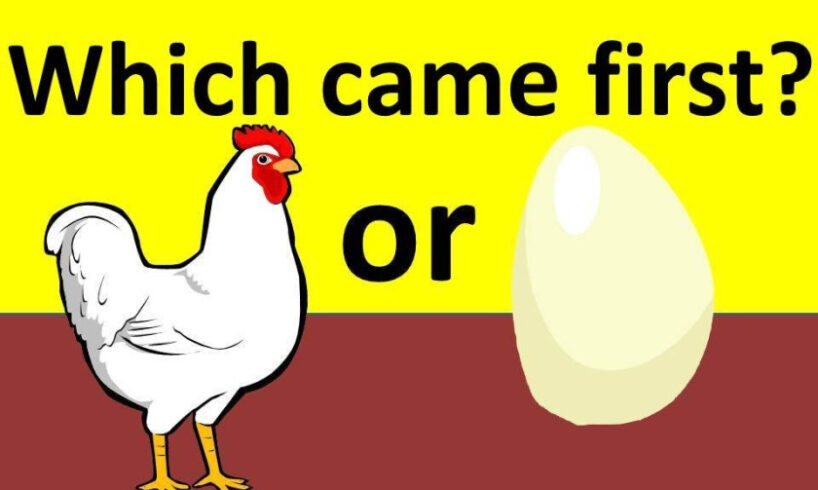 Eggs are more older than chickens. Dinosaurs laid eggs, the fish that first crawled out of the sea laid eggs and the odd articulated creatures that swam in the warm shallow seas of the Cambrian period 500 million years ago laid eggs too. They weren’t chicken eggs, but they were still eggs. so what do you think? Chicken Came First or Egg?

So clearly the egg came first. Unless you restate the question as ‘what came first, the chicken egg or the chicken?’ Then it depends very much on how you define a chicken egg. Is it an egg laid by a chicken? Or is it eggs that chicken hatches from?

But it doesn’t matter; at some stage in evolutionary history, when there were no chickens, two birds almost-but-not-quite chickens mated and laid an egg that hatched into the first chicken. If you are ready to call that egg a chicken’s egg, then the egg came first. Otherwise the chicken came first and the egg of the first chicken had to wait until the first chicken laid it.

This is called infinite regression: the initial link in the causal chain (chickens come from eggs) is backed by the truth of a second link (eggs come from chickens), but that proposition can only be true if the first is in beforehand. It’s the logical equivalent of standing between two mirrors so that infinite your extend on forever.