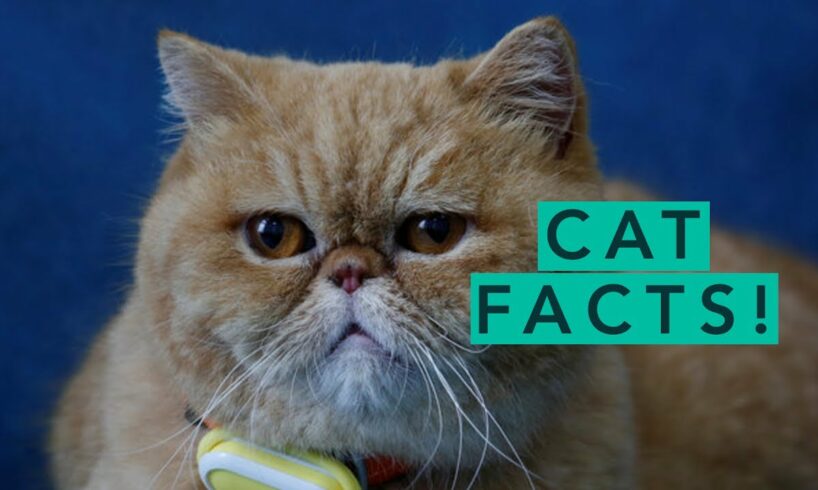 Facts About Cats You Need To Know

Cats have true fur, both undercoat and outercoat.

Cats sleep about 16-hours a day.

One female cat can have three to seven kittens every four months.

A cat can also leap 7 times taller than it is.

Cats react to women better than they do to men.

Looking into her eyes you can tell the mood of a cat.

Many cats can not absorb the milk of cow properly. Milk and milk products bring diarrhoea to them.

A cat can live for 20 years or more but a domestic cat’s average life span is 14 years.

The cat must get fat in their diet because they can not produce it by themselves.

Nearly 10 per cent of the bones of a cat is in its neck.

Cats most readily respond to names ending in an ‘ee’ tone.

A cat can spend 5 hours or more to groom himself a day.

Kitten live with their mom until she is 9 weeks old.

The cat is made up of 500 skeletal muscles.

If a cat is taken away, will return to its home by itself. But if the cat’s owners move away from their houses, then they can not identified.

A cat can’t see under his nose directly, which is why the cat can’t seem to find tidbits on the surface. Cats are among the world’s most common pets.

The world has over 500 million domestic cats.

Cats and humans have been interacting with each other for almost 10000 years.

Cats save energy by sleeping for 13 to 14 hours a day on average.

Cats have versatile bodies and teeth designed to hunt small creatures including rats and mice.

Cats can be deadly hunters and very cautious, this keeps noise to a minimum and reduces noticeable marks as they move their back paws step almost exactly in the same position as the front paws.

Cats have strong night vision, enabling them to see six times less at the light levels than what a person see.

Cats do have a superb hearing and a good sense of smell.

Older cats will behave aggressively on the kittens at times.

Domestic cats love to play, this is particularly true for kittens who love chasing toys. Playing kitten fighting can be a way for them to practice and learn hunting skills.

Cats live for about 12 to 15 years on Average

Cats spend much time cleaning their fur to keep them clean.

Feral cats are also viewed as plagues and as threats to native species. According to a survey by Banfield Pet Hospital, the average lifespan of a cat rise by a year over the period of time between 2002 and 2012.

Cats are crepuscular, meaning they are most active in the morning and in the evening.

These are the most interesting facts about cats