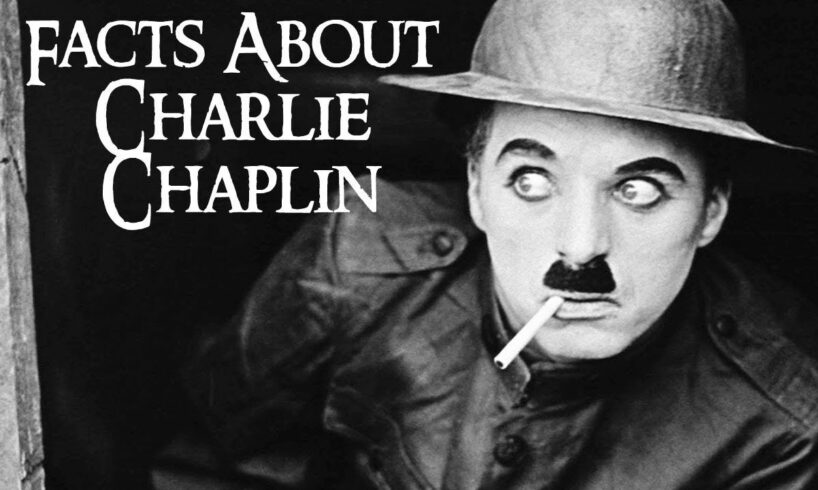 Facts About Charlie Chaplin You Need To Know

The first actor to feature in Time’s magazine was Charlie Chaplin.

He also won the 3rd prize in a look-a-like contest in Charlie chaplin.

Charlie’s daughter played the role of his wife in the movie Chaplin.

An asteroid named after him is 3623 Chaplin.

His body was robbed after death.

Charlie Chaplin refused to get his American citizenship.

The bowler hat and cane that charlie is known for wearing has often been sold for $150,000.

As a tot Chaplin made his stage debut

Both of Chaplin’s parents were London-based music hall entertainers. He explained in his autobiography how, at age 5, the voice of his mother unexpectedly collapsed in the face of a crowd of rowdy soldiers. Then the stage manager, or maybe his father or one of the lovers of his mother, introduced him as a replacement on stage. Chaplin first sang Jack Jones, a popular song that inspired the crowd to shower him with coins. He allegedly drew big laughs by announcing that before proceeding, he would pick up the money. Further laughter followed as he tried to mimic his mother who had laryngitis. A few years later, Chaplin made his professional debut as a member of a teen clog-dance troupe. He followed up with a few theatre roles, toured with acts of vaudeville, and did a disastrous evening of stand-up comedy in which he was booed off the stage. Here are some facts about Charlie Chaplin

Chaplin grew up in an orphanage partly

Because Chaplin’s mother’s health deteriorated, so did the finances of the family. Things got so bad that in 1896 Chaplin was sent to a public boarding school for orphans and destitute children with his older half-brother. Chaplin lived there for about 18 months, the longest period of continuous schooling he would ever have got. He learned to read and write but evidently suffered quite a few indignities with ringworm, including heavy caning and the shaving of his hair. His mother was admitted to a mental hospital shortly after. His dad, meanwhile, played little part in his education and ended up dying of alcoholism at the age of 37.

Chaplin had loathed his first movie.

In 1913, Keystone Studios hired him for $150 a week during Chaplin’s second vaudeville tour of the US. Early the following year he made his first film appearance, portraying an out-of-work swindler in Making a Living. Wearing a moustache handlebar, top hat and monocle, he got in a few funny gags, particularly when battling the hero of the story, a journalist who at one point interviews a man stuck under a car rather than saving him. Overall, however, his success offended Chaplin. He also accused the director of jealously leaving out his best content.

For all but a few movies Chaplin was playing the same character.

Chaplin dressed up in baggy trousers, a light coat, big shoes, a small bowler hat and a bamboo cane one day before his second film. Having witnessed the scene, Keystone’s head was reportedly giggling before his body began trembling. Chaplin, he exclaimed, in your next photo, you do exactly what you are doing right now. Recall doing so in the get-up. This so-called Little Tramp character quickly gained fame, spawning so many imitators and marketing campaigns that the press dubbed it’ Chaplinitis’ and for the next two-and-a-half decades would become Chaplin’s onscreen persona. Single in 1914, he starred as the Little Tramp in dozens of short films, several of which he directed himself.

Chaplin soon grew into a millionaire

For $1,250 a week, with a $10,000 bonus, Chaplin relocated to Essanay Studios in December 1914, believing him to be’ the world’s greatest comedian.’ He then signed for $670,000 a year with the Mutual Film Company, during which he agreed to produce eight First National comedies for over $1million. He finally formed his own studio in 1919 with fellow Hollywood stars Douglas Fairbanks, Mary Pickford and D.W. Griffith: Griffith. Charlie once said, For the money, I went into the business and the art came out of it’. I can not help if people are disillusioned with that comment. That is the reality.

Beginning in 1927 with The Jazz Singer, films with sound soon replaced their silent equivalents. But Chaplin refused to embrace the new technology, for fear that the Little Tramp would be destroyed. Chaplin also used music but not dialogue in his two 1930s films,’ City Lights’ and’ Modern Times,’ except for one scene in which he sings in nonsensical fake Italian. In 1940, he finally released a full sound picture,’ The Great Tyrant,’ an anti-Hitler satire that portrays him for the first time in nearly 20 years as a character other than the Little Tramp.

In 1918 Chaplin quickly tied the knot to Mildred Harris, a 17-year-old actress, a move he would soon regret, claiming they were irreconcilably mistaken. Since the divorce, he married Lita Grey, a 16-year-old, another actress he had a bitter split with. And in 1943, though in the midst of a high-profile paternity suit, Chaplin, 54, married Oona O’Neill, 18, whom was introduced by Hollywood agent to him. Playwright Eugene O’Neill’s father, O’Neill, was so upset by the match that he disinherited her. But unlike the other relationships that Chaplin has, this one has last. The two were together until age 88 when Chaplin died.

Essentially, the United States deported him.

Despite spending nearly 40 years in the United States, Chaplin never became an American citizen. Meanwhile, he developed a reputation as a communist sympathizer owing in part to Modern Times, a parody of the machine era. The FBI put him under surveillance during the McCarthy period and a Congressman from Mississippi called for his deportation. However, in 1952, the U.S. government revoked his re-entry visa when he went on vacation to England. Instead than going before a board of immigration officials before face allegations, Chaplin opted to uproot his family to Switzerland.

Only a few months after Chaplin’s death, two robbers stole his coffin from a Swiss cemetery and sent a $600,000 demand for ransom to his father. They’ve reportedly harassed her children because she declined to pay. Nevertheless, the bungling thieves were soon caught and retrieved the coffin.

These are some amazing Facts About Charlie Chaplin