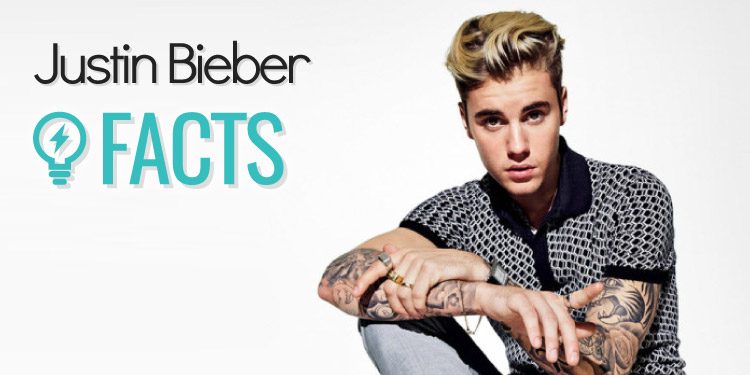 These Justin Bieber facts will completely Change Our View Of Him.

When justin was 12, he was competing in a singing competition in his hometown. The contest was named “Stratford Idol” and he came second.

Once upon a time, he was late at a concert while he was visiting a little girl who had leukaemia in hospital.

Justin’s dad married for the second time recently, and Justin has another sibling on the way.

When J-Bieberino was young he taught himself how to play drums, piano, guitar and trumpet.

He has the second-largest following on Facebook with 105 million followers.

Justins song, “Despacito,” is the first Spanish-speaking single to become number one in the U.S. since “La Macarena.” Apparently, our little music-maker is also a genius, since in less than two minutes he can solve a Rubik’s Cube.

Justin’s mother, Pattie Mallette, had been battling drug and alcohol addiction, and she became pregnant with Justin when she was a teenager, giving birth at the age of 18.

He was born at St. Joseph’s Hospital in London, Ontario, which is the same hospital where both Rachel McAdams and Ryan Gosling were born too.

Under the name “Da Biebz,” he also has some custom Leafs jerseys on the back. Justin can play drums, piano, guitar and trumpet.

He is the youngest artist in the United States to release five albums.

Justin’s busy life ensures that he gets just six hours of sleep every night.

The 24-year-old’s net worth is estimated at USD 200 million.

During his first week in America his new album Mission sold 522,000 copies! Which gave Justin his sixth US album number one.

He told Jaden Smith when Justin had won the VMA, “I can not stop smiling.” Jaden responded, “I smile when you smile.”