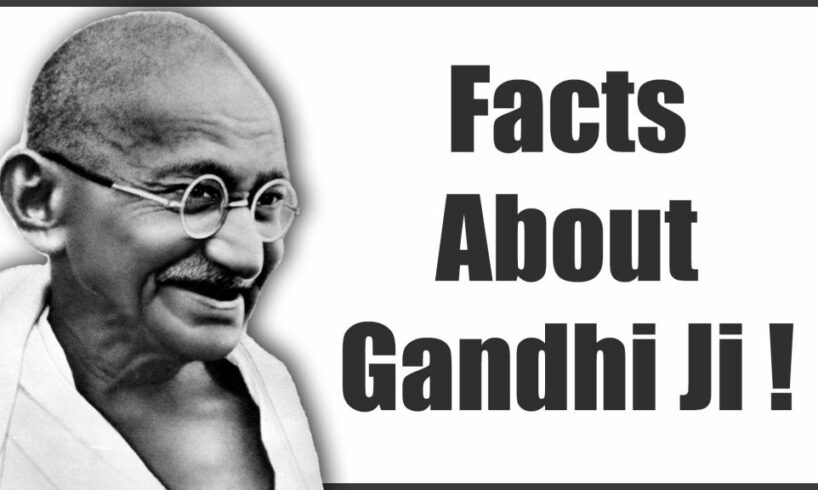 2. Did his schooling from Alfred High School, Rajkot.

3. His birthday (October 2nd) is commemorated as International Day of Nonviolence worldwide.

4. He was his parents youngest child. He had two brothers and one sister.

5. By religion Gandhi’s father was Hindu, and by caste Modh Baniya.

6. Mahadev Desai has been personal secretary to Gandhi.

9. For his colleagues in the Satyagraha movement, Gandhi Ji set up a small colony, Tolstoy Farm at an 1100 acre site, 21 miles from Johannesburg, South Africa

11. Not only did he fight for freedom, but he also sought equal justice for the untouchables, the lower caste, and he also quickly supported them several times. He also termed untouchables as Harijans meaning “God’s children.”

12. In 1982, Gandhi is an epic historic drama film based on Mohandas Karamchand Gandhi, who won the Academic Award for Best Film.

13. He became the Time Magazine of the Year in 1930. He was a brilliant writer and Mahatma Gandhi’s Collected Works have 50,000 pages in it.

14. Do you know Mahatma Gandhi has been nominated for the Nobel Peace Prize 5 times.

15. Great Britain, the nation he fought against for India’s Independence, issued a stamp honouring him 21 years after his death.

16. Mohandas Karamchand Gandhi with the title Mahatma was not born. The Nobel Prize winning Bengali poet Rabindranath Tagore gave him the nickname.

17. When Jawaharlal Nehru gave an attempt at fate speech to celebrate independence, at that time Gandhi ji was not present.

19. Reserve Bank of India issued banknotes of The Gandhi series by showing Mahatma Gandhi’s portrait since its launch in 1996. The series issued in 1996 is 10 and 500 banknotes in rupee type.

20. Gandhi Memorial Museum was established in 1959. It is located in Madurai city in Tamil Nadu, India. It is also known as Museum of Gandhi. This consists of a blood soaked robe which was worn by Mahatma Gandhi when the Nathuram Godse assassinated him.

These Are Some Interesting Facts About Mahatma Gandhi