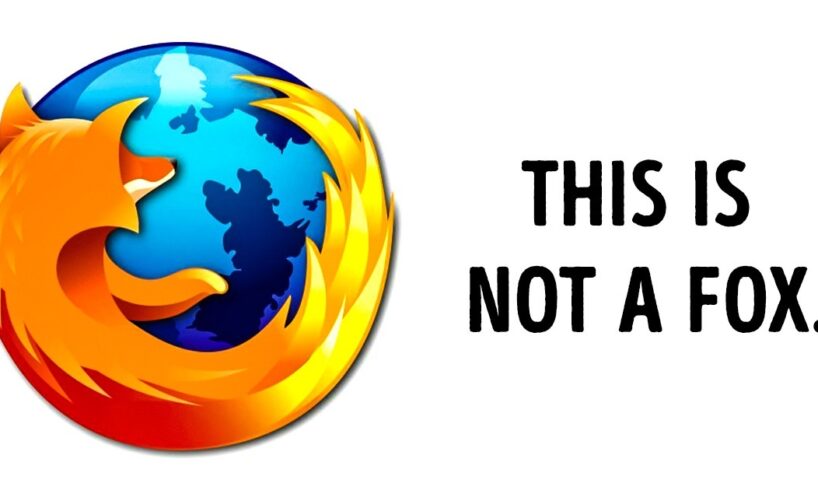 These are some Facts Behind World Famous Logos

We see them in our homes every day, on television, out in the street. They are the famous brand logos we have come to know and we love. Such logos not only reflect accurately the popular brands to which they are connected, they have become a part of our common pop culture. Heck, somebody even made a short film with all the characters, props and scenery composed of logos and mascots.

The culture basically enshrines logos and yet people have built them just like every other piece of graphic art. It takes a lot of hard work, a lot of imagination and just a little bit of luck to get to the upper echelon of the design world. Each big corporate logo has just about one interesting story behind it.

To this end, we have rounded off some of our favorite world-famous logos behind their design with hidden meanings, underlying truths and thrilling tales of origin. So, here are some more facts behind famous logos in the world.

Adidas has also been known for its iconic three-stripe design, the simplest version in 1976. Back then, the three Adidas stripes were just three stripes and the brand only wanted something special that looked good on a shoe and didn’t have any significance behind them.

The logo was further modified in the 90’s and the three stripes were diagonally turned to their side to create the image of a mountain peak. The new design retained the basic concept of the original logo while at the same time giving meaning to the three stripes that now represent the athletes in hardship will undergo to achieve greatness.

At first, glance, what most people see in the logo used by Amazon since early 2000 is a happy face that blends the brand with joy and gives a positive connotation to it. But the smiling face does far more than send emotional clues to the viewer, it also sends a subliminal message.

The smile itself is in the shape of an arrow pointing from the letter ‘A’ at the start of the word ‘Amazon’ to the letter ‘Z’ in the middle. This means that Amazon is selling ‘everything from A to Z’ to the public.

Although the original Apple logo featured a Sir Issac Newton illustration, the father of gravity is not actually the reason the fruit was chosen to represent the computer business. The name Apple all comes down to a simple description which Steve Jobs liked.

There are plenty of urban myths surrounding the Apple emblem, one being that the bite mark reflects the Garden of Eden apple of knowledge. But the logo has a meaning as plain as the name of the company. The logo is in the form of an apple, since the business is called Apple, and the bite mark is just there to offer the logo scale because it may be mistaken for a cherry by people.

The German car company BMW was once known for making more aircraft engines than the cars they had made. This has led others to believe that the white and blue checkered logo is intended to represent the white propeller of a plane that has a blue sky behind it.

Although that today makes for great branding, that was not the original design intention.

Back in the day, BMW decided to use Bavarian Free State colors for their emblem, but doing so was illegal, so they reversed the colors and inadvertently created the image of the propeller.

Salvador Dali was a conceptual artist renowned for his work on Surrealism, Cubism and Dadaism, but he’s also renowned for being the kind of artist who doesn’t feel for a paying gig in the ass. Case in point: he is the designer in charge of the Chupa Chups lollipops logo.

By the time Dali got his hands on the logo, the text had already been formed but he was the man behind adding the flower shape behind the text. He also had the idea to transfer the logo instead of on the ground, to the top of the lollipop wrapper. This would make the logo always intact and visible to the consumer.

Cisco Systems is known for their telecommunications equipment, so it makes perfect sense to choose a symbol for their logo which represents electromagnets. How many people do not know, however, is that the electromagnetic waves are in Golden Gate Bridge form. Why Because Cisco is incredibly proud of its place of birth.

The firm was founded in San Francisco in 1984 and the design of the Golden Gate Bridge is a tribute to the origins of the company. Also’ Cisco ‘ name itself is taken from’ San Francisco’

As films based on comic books became a major box office draw, DC Comics wanted to change their logo to reflect the whole of their business empire, which extended beyond comics.

The new logo attracted uproar on the internet from the fanboy crowd, but was a brave move for the company to step in a different direction.

The logo itself features the letter’ D’ being peeled back like a page to show the letter’ C’ as a reference to the comics which started all of it. DC also updates the visual style of the logo to suit whatever characters or products the firm supports.

Everyone knows that the Domino’s Pizza logo is based, after all, on a domino play piece that’s right there in the name. But what you may not know is that there is a lesson to be learned from the Domino’s Pizza domino and that lesson isn’t Evitating the Noid. The corporate logo’s three dots reflect the first Domino’s Pizza restaurant and the first two franchise stores that were opened afterwards.

The initial intention, however, was to start adding dots each time a new franchise opened. This strategy was scrapped after the opening of the first two franchises (and considering that there are now more than 10,000 Domino’s outlets, we think it was actually a smart move).

There’s not much going on with FedEx’s famous logo on the top, it’s just the company’s branding in two different colours. But if you look at the distance created between the letters’ E’ and’ X’ you can see in the negative space a hidden arrow. When you see it, you can’t unsee it; the arrow means the business is still on the move.

In reality, the colours used in the FedEx logo differ for the various sections of the firm. Each logo has a purple’ Fed’ except for FedEx Corporate, orange for Mail, green for Land, red for Freight, blue for Vital and yellow for Trade Networks, the’ Ex’ comes in various shades of grey. The brand has basically enough variations of colour in its logo design to create its own Power Rangers team.

The Gerber brand is synonymous with children, due in part to the world-renowned Gerber Baby that adorns all the products of the company. The company originally started life as the Fremont Canning Company and when the owner Daniel Frank Gerber came up with the concept of selling strained vegetables and fruits as canned baby food, he called for free submissions to find the Gerber Baby.

The quest winner was Boston’s Dorothy Hope Smith, who sent Ann Turner Cook in a sketch of her neighbour’s boy. Around the time, the drawing was, in fact, incomplete and Smith agreed to complete it, but it has been used as-is and has not modified since 1928. The Gerber Baby became so successful the company changed its name to suit Gerber.

After all, the Google logo may look very simple on the surface, it’s just the name of the company in a bright, colourful font. But you could find something is a little off balance when you start adding the colours. The Google logo uses the three dominant colours, red, yellow and blue, and then there’s that green’ L’ at the end that throws out the window the whole primary colour scheme.

The green color has been introduced as a way to remind the world that Google is a little special, a little more exclusive than other businesses. The four-color scheme reflects Google’s desire to be an innovator, not a company doing what is expected. Today for other Google products, such as the Chrome web browser, the same color scheme is used in the logos.

The IBM logo we know and love has the brand name’s three letters written in a broad serif font with horizontal white space lines running across it, breaking up the logo. The explanation behind the horizontal lines is that early photocopies were having trouble reproducing large blocks of solid ink. The original logo had thirteen lines going through it, but that number was reduced to eight because the original thirteen (ironically enough) caused ink bleeding problems in the company’s print media.

The current logo also has a tiny hidden message that these horizontal line breaks produce. The logo’s bottom right corner is broken up in such a way that the serif at the bottom of the’ M’ shows an equal sign which reflects the equality symbol.

The Pepsi logo (officially known as the ‘Pepsi Globe’) was originally created during World War II in the 1940s. The patriotic red, white and blue colours were chosen to express solidarity to the overseas troops and displayed only on the bottle caps, while the bottles themselves also had a traditional script logo. By 1945, the Pepsi Globe became the official emblem, contributing in part to the widespread popularity they had with customers.

The Pepsi Globe has evolved since then but it maintains its patriotic color scheme. In 2009, the new version was revised, transforming the white part into a’ smile.’ Of example, every Pepsi product has a different smile form, the’ smile’ of Diet Pepsi is smaller than the original’ smile’ of Pepsi. It is the Famous Logos behind the Reality of the Earth.

Pinterest’s social networking platform is a portmanteau of the pin and interest terms, as it encourages users to pin items they are interested in into a frame. The Pinterest logo has a pin design concealed in the letter ‘ P’ because the word pin and the act of pinning something to a board plays such a crucial part in the branding of the company.

The pin-shaped’ P’ is used in the entire branding of Pinterest and its social buttons. This is often found in the expression ‘ pin this,’ which is also used to draw attention to media that can be pinned to a page on Pinterest. Some of these secret’ pins’ are intended to mimic the action of pressing a real pin into a bulletin board to get people pinning stuff.

So, These Are Some Amazing Facts Behind World Famous Logos.