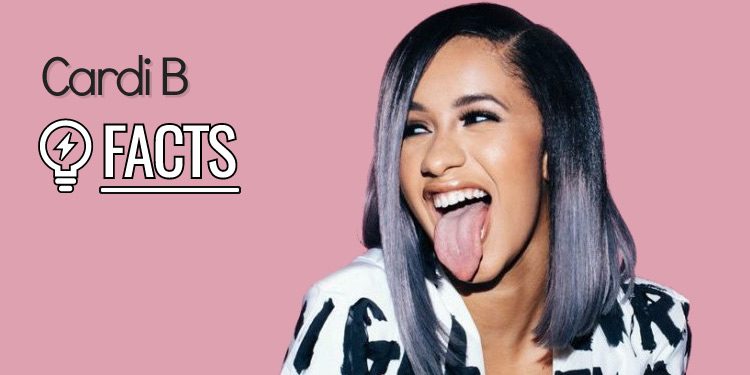 Top Things and Facts To Know About Cardi B

Her actual name is Almanzar Belcalis!

Cardi’s parents gave her the ‘Bacardi’ nickname (sounds familiar yes, like a rum)!

She is of Trinidadian and Dominican descent from the Bronx, New York!

She started out as an Instagram queen! She posted videos on Instagram and became viral, as she talked in a unique way about issues in life!

She describes her figure as ‘humongous!’

There are a lot of funny memes of her on the internet!

She like Beyonce and Drake! And other famous people too!

Her fiance, Offset, proposed to her in Philadelphia with a massive diamond ring when both were preforming on stage!

Her style is crazy! She likes vivid colours and makes her nails wild!

She loves to joke and have fun all around her!

She will be carrying her first baby in a few months! She revealed that she was pregnant while appearing on SNL!

Lady Gaga and Madonna are two of her favourites!

Facts on Cardi B Songs & Albums

Cardi B first debuted her musical talent on the remixed song “Boom Boom” by Jamaican rapper Shaggy in the fall of 2015. In March 2017 she released her first mixtape Gangsta Bitch Rap, Vol. 1 And that September collaborated with other hip-hop artists to create a compilation of the KSR Collective Underestimated: the album that included her single “What a Girl Likes.”

2017 has offered even greater prospects. Not only did the rapper release her second mixtape,’Gangsta Bitch Music, Vol. 2, but in February she also snagged her first major record deal with Atlantic Records.

Cardi B was known as a rising star, keeping active on the touring circuit, being nominated for Best New Artist and Best Female Hip-Hop Artist at the 2017 BET Awards.

Cardi B also collaborated on her success that year Is G-Eazy “No Limit,” “MotorSport” from Migos Puerto Rican sensation Ozuna’s “La Modelo,” and her second single “Bartier Cardi” was released in December.

Cardi B won two Grammy nominations for Best Rap Performance and Best Rap Song in 2017, along with her BET Award nominations, and performed her collaboration with Bruno Mars, “Finesse,” during the series held in January 2018. She received eight nominations for the 2018 Billboard Music Awards a few months later, before taking home the Top Rap Female Artist title.

These are some amazing Facts To Know About Cardi B