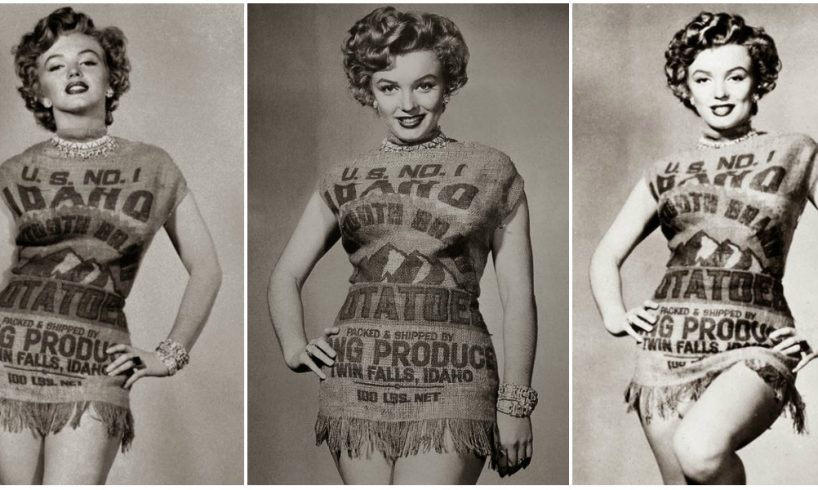 Colourful patterns to make skirts for women featured in flour sacks of the 1930s.

People also enjoy saving money today and increasing waste through clever DIY projects, including turning old tires into beautiful decore. And in those days the “doing it yourself” was not a phenomenon; it was a reality.

If women wanted to provide for their families in these difficult times, they had to become creative — especially when it came to clothes.

That’s when people found that one of the staples of their food — flour — came in cotton sacks. They were creative and poor, often emptying the sacks and using the fabric to make clothes for their babies.

But when flour sack manufacturers heard the trend phrase, they wanted to reinvent their way of packaging their flour — and the results are incredible!

As meal manufacturers saw people converting their flour sacks into sheets, diapers, dish cloths, and more, they started packaging their flour in beautiful pattern. It was greatly appreciated by the community, as times were very difficult.

The sacks came with vibrant, cheerful designs, and sometimes toy patterns. The sacks were numbered, and the ink was washable.

Because of poor families ‘tight budgets, flour sack clothing was very popular — thus many imaginative designs have been printed on the bags.

The designs came in different styles and colours. Everybody had something for themselves!

It is estimated that 3.5 million women and children wore clothes and used objects made from flour sacks throughout the course of the Depression.

It seems strange to talk about wearing a flour sack today, but due to the magnitude of the Depression, it was a way of life for millions during that time.

The trends were varied in forms, as manufacturers tried to create something appealing to people of all ages and interests.

Many of them were cute and today, fabric designers are still using many of the same designs.

The sacks also came with directions on how to wash the company’s printed ink logo off.

There were also instructions on how to turn the sacks into useful items of all kinds. These were like 1930s DIY pieces.

Some sacks also came with directions and suggestions written right on them — obviously in washable ink.

When flour sack clothing became more popular, booklets were circulated along with the sewing ideas for “cotton bags.”

The children you see here are wearing clothes made from flour sacks. And yet, because of the vibrant shapes, you can never guess.

Women made their own gowns out of the boxes, too. Some women have used their sewing skills to bring their friends and neighbors some extra cash by sewing dresses and other things.

So when it eventually wears out the fabric, it would be cut so turned into something else, like a quilt.

At the start of World War II, however, things changed. Cotton started to be rationed to produce uniforms for soldiers and people were more than happy to give up the cloth to support the war effort.

Since then, flour has been wrapped in paper bags — and it has been that way ever since. Who knew something as simple as flour in American history could be so beautiful!

This is an amazing Flour Sack Dresses History.