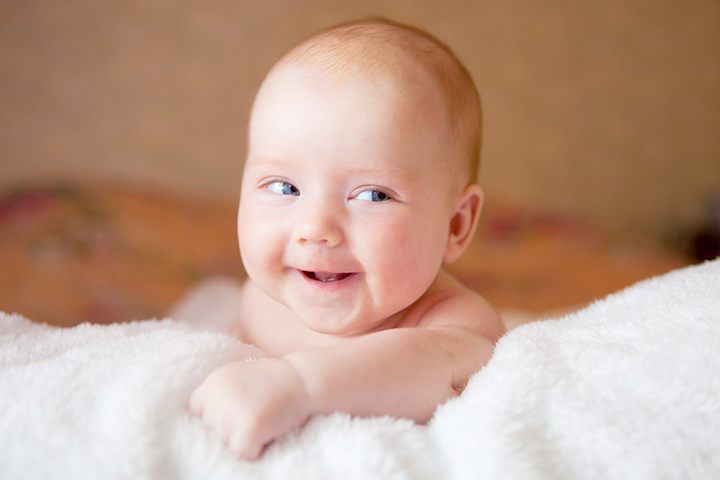 They cry with an accent and other curious truths that make newborns even more amazing than you think. Here are some Funny Facts about Babies.

1) Their eyes are almost as big as an adult’s

It’s their abnormally large eyes that make babies so super cute, so it’s perhaps unsurprising that babies’ eyes are around 70 percent of their adult size. The length of a newborn eye is approximately 16.5mm, while an adult is 24mm. The most significant period of growth for eyeballs is in the first year, with another spurt around puberty.

2) They have gills, fur, and tails

Don’t worry, your baby isn’t an alien. At some point, however, your little one developed gill slits in its neck while in the womb, which then developed into the jaw and ear bones. Around the same time, at about four weeks gestation, a tail can also be seen, which then gradually recedes and forms what is commonly known as the tailbone. The fur, however, known as lanugo, is something that you will see when your baby is firstborn. This soft, downy hair covers the entire body of a baby in the womb and provides insulation since babies have little in the way of fat reserves. It’s quite common for babies to be born with remnants of this hair in patches on their body, but it usually disappears by itself within the first few weeks of life.

3) They are born without a body clock

As every new parent who is sleep-deprived will tell you, sleep patterns for babies can be crazy and they can wake up at the most inopportune times. But although this is a recipe for mum and dad’s exhaustion, having an irregular sleep pattern in the early weeks is completely normal for an infant. This is because newborns are not regulated by a circadian rhythm – the physiological impulse that allows your body to know how to sleep at night and wake during the day. It takes a baby about 12 weeks to know the difference between night and day properly, and even longer before they settle at night.

It’s difficult to believe that newborns that are soft and squishy actually pack more bones than adults. In reality, babies are born with a whopping 300 bones compared to adults’ 206, because many of the bones fuse as we age. It all comes down to cartilage – the rubber-like substance that protects bones.  Babies have more cartilage than bone. The cartilage turns to the bone as a person grows.

5) They can remember the womb…

A study of 100 pregnant women in the Netherlands published in the journal Child Development showed that, by the 30th week of pregnancy, foetuses have a short-term memory of sounds. The foetuses in the study did not react to loud noises they had heard before.  Babies know the voice of their mother from the womb as newborns, and there is circumstantial proof that a newborn would not respond to a family dog’s bark, as they have been listening to the dog bark for three months prior to their birth.

6) They have three times as many taste buds as adults

If you’ve ever wondered how happily your baby munches on bland sweet potato or turnip, it’s because infants have far more taste buds than an adult, so they are actually experiencing a taste sensation with that one-ingredient puree.  Babies are actually born with a whopping 30,000 taste buds all over their tongue and on the roof of their mouth.

These are some interesting and Funny Facts about Babies.