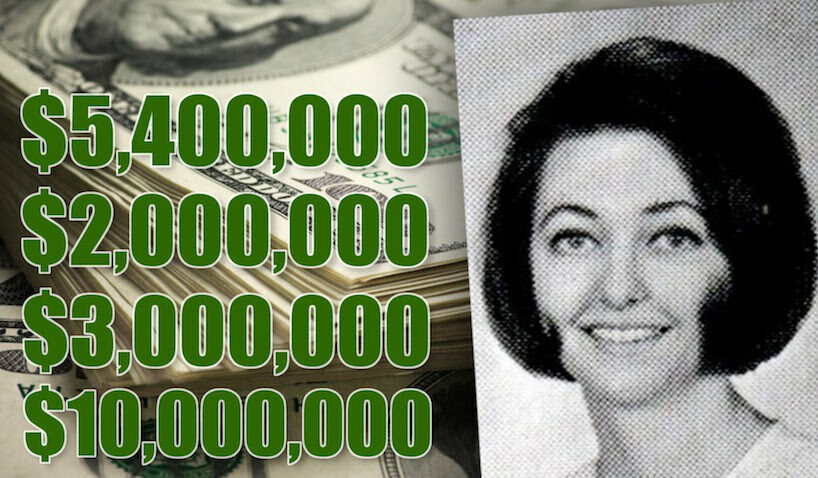 Joan Ginther Won The Lottery Four Times Since 1993 And is known as the world’s luckiest woman. Joan Ginther, 63, from Texas, has also won several million-dollar payouts.

Joan Ginther has been four times lottery winner since 1993. She got PhD from Stanford University. Statistics and experts say she actually worked out the algorithm behind the ticket distribution. First, she won $5.4 million, then later she won $2million. Two years later $3million and she hit a $10million jackpot in the summer of 2010, and has since moved to las vegas.

Hey, did we mention that she has a Stanford PhD in mathematics, lives in Las Vegas and still has made regular trips to a single store in rural Texas to make all of her purchases. She was named the luckiest woman in the world.
Yet now those who think winning the lottery four times is more than just a coincidental spell of good fortune are calling it a reason of luck.

While some people believe that Ginther might have worked out the equation that would give her an idea of where the winning tickets will be distributed, people in her little hometown think she’s probably extremely lucky.

There are some hypotheses about her wins, others suggest it was God, some says she’s worked out the formula that explains where the big winning ticket is on the scratch table. But Texas Lottery has definitely been luck for her.