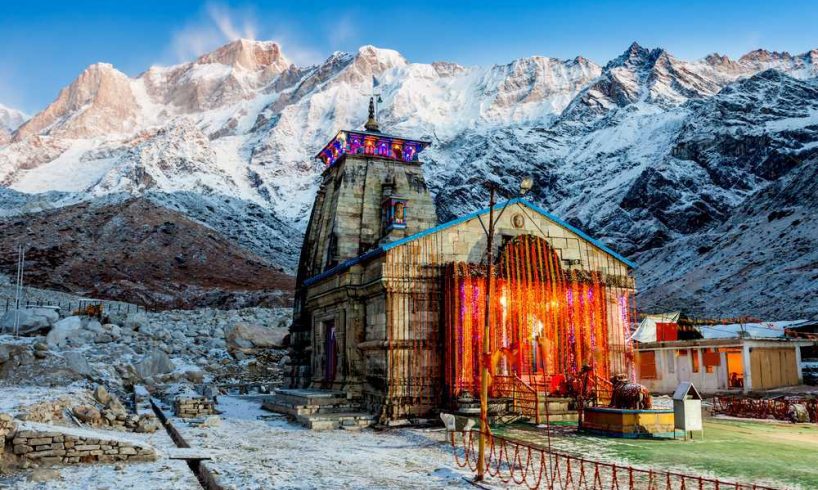 Standing magnificently at an altitude of 3,580mts and enveloped in the mighty Himalayan Garhwal, the Kedarnath Temple is one of Lord Shiva’s twelve Jyotirlingas. Kedarnath forms one of the four pilgrimage sites of the Chota Char Dham. Dedicated to Lord Shiva, Kedarnath Temple is one of the 275 temples of Paadal Petra Sthalam (the world’s most powerful Shiva temples) and is also the most prominent of the Kedar Panch.

Some of the most peculiar facts about the temple are its unknown construction period, which remains a mystery for both scholars and historians to the present day. However, the temple’s rebirth is attributed to Adi Shankaracharya who had founded both the Char Dham Yatra of India and Uttarakhand back in the 7th century A.D. He did so to reignite the flame of faith and to tie the Indian people together in the Lord’s name. There’s also a widely accepted belief that during their journey to heaven, Pandavas built this temple dedicated to Lord Shiva.

After Kurukshetra’s great battle, or popularly known as Mahabharat, their great sage and seer Vyas instructed the Pandavas to go to Kedarnath and seek forgiveness from the almighty Lord Shiva. This was told because their family, the Kauravas, had been killed and committed a crime, and this was the only way to absolve their sins. To accomplish this, they had first of all gone to Kashi where they discovered that the lord resides in the mighty Himalayas. Finally, along with Draupadi, the Pandava brothers made their pilgrimage to Kedarnath.

The Lord was however in no mood to grant their wishes so he turned into a bull and hid in Guptkashi among a large group of bulls. Witnessed a rare looking buffalo when searching for the lord Nakul and Sachdev. The beast, having recognized the lord in its bull form, immediately started digging into the ground where he was standing. Bhim, the strongest of all the Pandavs, took a hold of the tail of the bull and started pulling it outward. The Lord then eventually appeared before the Pandavas, granting them their wishes and absolving them of their sins.

The Pandava brothers later built the 5 temples on their route as a way of paying homage to the Lord who later became the Panch Kedar Circuit and includes – Tungnath, Rudranath, Madhyamaheshwar, Kalpeshwar, and Kedarnath.

The generally accepted theory about the temple’s origin is that of Adi Shankaracharya since the temple was already built in the 8th century before the mini ice age. The researchers and scientists who researched the temple construction came to the conclusion that those who had constructed this temple designed it in an extremely safe manner and made sure it was able to stand the test of time because the entire temple was constructed using incredibly strong mountain rock pieces.

This was an incredible History of Lord Shiva Kedarnath Temple