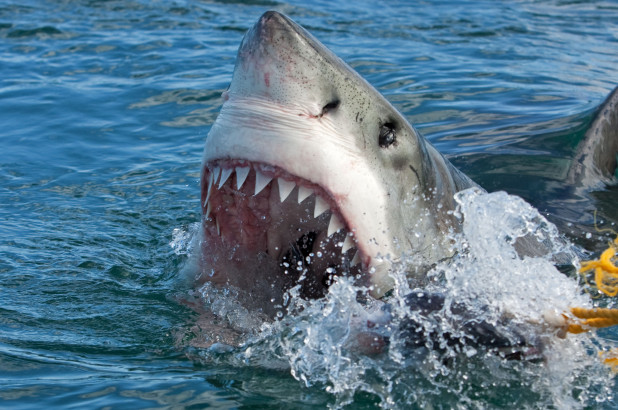 What are the 10 most dangerous species in the world you would say? A shark? A tiger? What about a crocodile?

Though these are frightening predators, the deadliest animal in the world is probably something even smaller year after year — the mosquito.

Here are some of the world’s 10 Most Dangerous Animals

Elephants are also responsible for a number of deaths each year–a 2005 National Geographic article said that elephant attacks kill 500 people a year.

Tsetse fly transmits a disease called sleeping sickness, a parasite infection that can lead to headaches, nausea, joint pain, and itchiness at first, which can lead to some severe neurological complications later on. The death toll has been rising. With about 10,000 new cases registered every year now, the total number of annual deaths is also likely to be on the decline.

Especially dogs infected with the rabies virus-are one of the deadliest animals out there, although vaccinations can avoid the virus. Approximately 35,000 deaths can be traced to rabies, and dogs account for 99 per cent of those cases.

As of 2015, snake bites kill more than 100,000 individuals a year. Because of their pace, the black mamba is especially deadly. These species are the fastest of all snakes, slithering at speeds of up to 12.5 miles per hour, making it much more difficult to avoid one in remote areas. Luckily, black mambas only strike when threatened but they will bite repeatedly when they do, providing enough venom in a single bite to kill ten people. And if within 20 minutes, one does not obtain the correlative antivenin, the bites are almost 100 per cent fatal.

The most animal-related deaths are blamed for the annoying bugs that suck blood and spread viruses from person to person. Mosquitoes causes deaths of 750,000 a year.

Malaria alone is responsible for more than half of the deaths caused by mosquitoes. Malaria incidence dropped by 37 per cent from 2000 to 2015.

In some countries of Asia and Latin America, dengue fever, another mosquito-borne disease, has become a leading cause of hospitalization and death among infants.

Found in the warm waters of the tropics, these exquisite creatures immediately identifiable for their highly coveted brown-and-white marbled shells can be seen at shallow depths closer to shore, near coral reefs and rock formations, and under sandy shoals. But don’t dare to touch the 4-to6-inch long gastropods: their hidden, harpoon-like teeth contain a complex venom known as conotoxin which makes them one of the most poisonous snail species. If you are enduring the unfortunate fate of being one of a handful of people ever stung, quickly go to the emergency room because there is no antivenin. The poison prevents nerve cells from interacting with each other, and not only does the organism trigger paralysis in seconds, but because of its nickname of cigarette snail, “it gives you plenty of time to smoke a stick before you die.

These translucent, almost invisible invertebrates are often found floating in Indo-Pacific waters and are regarded as the most toxic marine species in the world. Their namesake cubic frames contain up to 15 tentacles in the corners, each rising up to 10 feet long, all filled with thousands of stinging cells called nematocysts carrying toxins that target the heart, nervous system, and skin cells simultaneously. But if you’re lucky enough to get to the hospital and get the antidote, survivors will still suffer tremendous discomfort for weeks afterwards and bear unpleasant wounds from the tentacles of the creature. This is the most Dangerous Animals in the world.

The poison dart is a large, diverse group of brightly coloured frogs, particularly dangerous to humans, of which only a handful of species. The deadliest, the golden poison dart, inhabits the limited range of rainforests along the Pacific coast of Colombia and grows to about two inches long (about the size of a paper clip). It’s poison is so strong that it is Enough for killing ten men with one frog, with just two micrograms required to kill a single human. But what makes the amphibian extremely dangerous is that its poisonous glands are situated under its skin, which means a simple touch will cause trouble.

Pufferfish, also known as blowfish, is found all over the globe in tropical seas. Although they are the second most toxic vertebrate on the earth, they can be more harmful because their neurotoxin is in the skin, muscle tissue, liver, kidneys, and gonads of the fish, all of which must be avoided in the preparation of the creature for human usage. When consuming it in countries like Japan, where it is considered a delicacy known as’ fugu’ and can only be prepared by qualified, licensed chefs even then, accidental deaths from ingestion occur many times a year, the risk of death from a pufferfish increases. Tetrodotoxin is up to 1,200 times more toxic than cyanide, and can cause tongue and lip deadening, dizziness, vomiting, breathing problems, muscle paralysis and if left untreated then death.

The hippopotamus is the deadliest large land animal in the world, killing an estimated 500 people in Africa each year. Hippos are violent animals, and their teeth are very sharp. And you wouldn’t want to get trapped under one; they can crush a person to death with the weight of 2,750 kg.

These are some Most Dangerous Animals in the world.