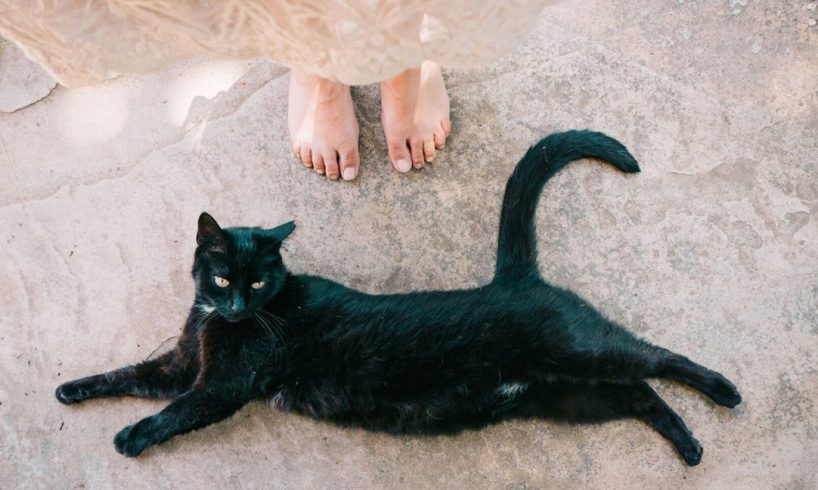 Some superstitions are so entrenched in modern English-speaking cultures that they lead to everyone, from laypeople to scientists. However, why are we not walking under ladders? When should we knock on wood after voicing optimism? Why would non-religious people “God bless” a sneeze? And why should we stop opening umbrellas indoors at any cost? Here are Some Real Truth Behind Superstitions

During the night, in bullock carts with light kerosene lanterns, people used to go in woods. Cats like leopards, hyänas, and jackals foxes have passed through the carriages. The eyes were also glowing and the cows, horses, and Bulls that are pulling the carts are frightened. That is why the trip party stops nearby, allowing the animals to refresh themselves before pushing the cart without any tension on the long ride ahead. Travelers advised others not to travel because the cats traversed the streets and changed over time. They shared their rough experience.

A large number of the Indians have been farmers in the past days. Monday was their rest day after a week of hard work. Most of them washed their homes that day and cut their hair. The Barber therefore does not have a lot to deal with and shut his shop on Tuesdays. This custom has been upheld until now but it is largely forgotten and this has been the cause of many misconceptions.

Opening of an umbrella in House

In those days there was a significant reason for restricting the opening umbrellas within the house. The umbrellas have been designed with hard metal spokes and triggers that could be dangerous to open. In fact, it could be a threat to people and fragile objects nearby to open one indoor.

A warning against opening an umbrellas indoors was used to protect people’s health and security and indoor properties. Therefore the injuries and broken objects were considered to be bad luck, often with the opening of the umbrella.

In shops and business areas, Hanging Lemon and 7 Green Chillies

The God of misfortune, Alakshmi, brings the owners of shops or the companies bad luck. These 7 chilies and lemon do not allow her to enter the shops. Alakshmi likes hot things, sour things. Therefore, at the entrance, Alakshmi just gets to the entrance and eats her favorite food and satisfies hunger. It is assumed that Alakshmi loses the desire to go into the house or shop after eating lemon and green chills. Without throwing her evil hand, she will turn around.

Mirrors were not cheap, low quality, and easily defected in old times. It was said that breaking a mirror brings seven years of bad luck to stop négligence. This was a clear tactic of fear. Romans marked a sign of seven years of misfortune with the broken mirror. It was from the ancient Roman idea that it would take the prescribed misfortune seven years to renew itself. If the person looking at the mirror was not good, his image would breakthrough and his bad luck would go on for the seven years that will renew his life.

These are Amazing and Unknown Real Truth Behind Superstitions