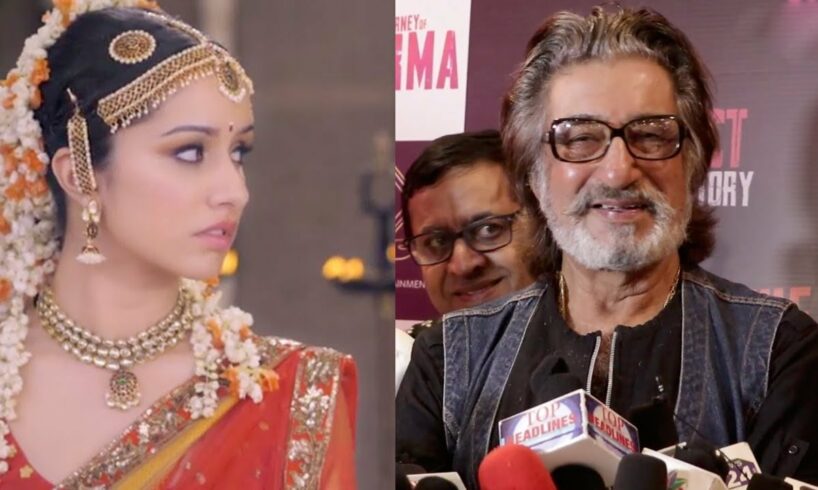 She’ll Marry The Man Of Her Choice: ‘The Marriage Speculations of Shakti Kapoor’s Daughter Shraddha

Shraddha Kapoor is one of the current generation’s most successful actresses in B-Town with quite a massive social media fan base. Recently the Saaho actress has caught eyeballs on her personal life. Aside from her films, reports of her link-ups continue from time to time.

When prodded further on the wedding plans for Shakti Kapoor’s Daughter Shraddha’s Wedding, Shakti Kapoor expressed that he’d just like any other parent want her daughter to get married in a respectable family. He also said that the days are gone when the parents used to decide their children’s life-partner. They give them the right these days not only to choose their own life-partner, but also everything else in life.

He added that as of now Shraddha is busy with her career but he and his wife will definitely support Shraddha in her decision whenever she expresses that she wants to settle down with the man of her choice.
Shraddha is soon to be seen on the work front opposite Baahubali star Prabhas in the movie Saaho. She has recently wrapped up with Stree and Batti Gul Meter Chalu.

Although at the beginning of her career, Shraddha Kapoor did Luv Ka The End, her male fan-following wished that she was more than just their Half Girlfriend. No one would ever wish to tell her, ‘Oh Stree, Kal Aana.’ Seems like Shraddha did not actually put ‘Luv Ka The End’ in her real life and is madly-in-love with her husband, Rohan Shrestha, a photographer. Shraddha and Rohan have seen each other dating for a while now and the two look happy in each other’s company.

Although Shraddha Kapoor and Rohan Shrestha have not yet verified their relationship, recent reports say they plan to take their love to the next level. Rohan and Shraddha are serious for each other and reportedly will tie the knot for which their families have already planned in 2020.

Thus, when IANS asked Shraddha Kapoor’s father, Shakti Kapoor, to comment on the rumored upcoming nuptials of his daughter, he wittily dismissed the conjectures. Shakti said, ‘Actually My daughter gets married’ Please don’t forget to invite me to the wedding too! Let me know where I will be at the wedding. I am the father and I don’t have a clue yet. So just let me know, please.

Shraddha Kapoor had shed some light on love and marriage in a throwback 2013 interview with iDiva. Shraddha had expanded on her idea of love, saying, Love should be greater than life. It should be like a fairytale, like epic romantic movies or there’s no fun inside it. Not expected to be bad. It should be brimming with surprises. What kind of a romantic are you when asked? ‘I guess I am very emotional and romantic. I am a huge sucker for romantic movies and when I watch an emotional scene between two lovers I still end up crying. My father asked ‘Tu hamesha roti rehti hai?’