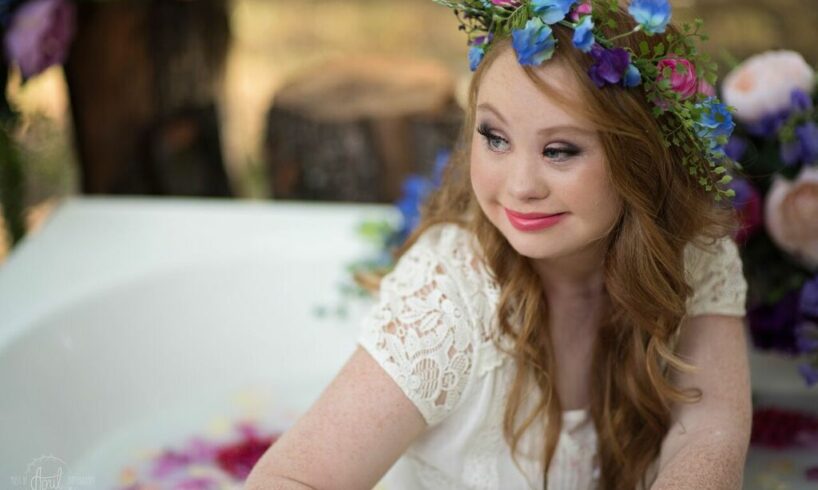 After attending a fashion show in Brisbane in 2014, Stuart decided to be a model. She lost 44 pounds (20 kg) and got a photoshoot afterwards. Stuart’s career began in 2015 when her mother launched an online campaign to secure her a contract to model. It led Stuart to achieve a broad follow-up online and to sign two contracts for modelling: one with the Manifesta fitness-wear brand and one with the Maya handbag company. She later took part in a Rixey Manor bridal photoshoot in Virginia and featured in Vogue.

Do you know? After 18-year-old Madeline Stuart lost 44 lbs to maintain her health condition. She wanted to be a model. Her image went viral on social media and she has multiple contracts for modelling within two months.

Madeline Stuart: I went to a fashion show in 2014 and I instantly fell in love with modelling when I saw the models on the catwalk. I told my mum, and she arranged for me to see a video shot. As I just like to get my hair and makeup done and pose in front of a mirror. I loved it and when we were able to see the pictures, we were so happy and wanted to share them online. They went viral and within a few days, they had 7.2 million views. People just started calling me after that, to do photoshoots and fashion shows around the world. Since then, it has been non-stop and I’ve had a great few years. In New York, London, Paris, Russia, Dubai, China, Uganda, Los Angeles, and Australia.