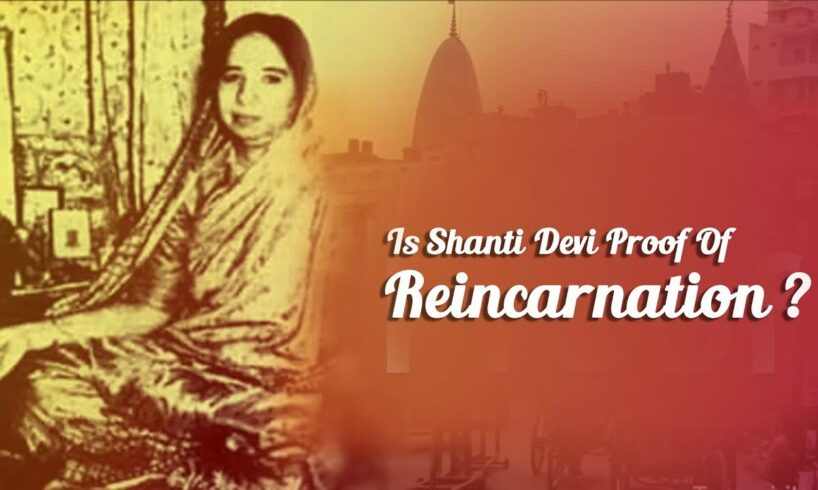 Reincarnation: True Story Of The Rebirth of Shanti Devi is an Actual truth From Past Life.

In 1930, a four-year-old named shanti deva from delhi, India, told her parents that she once lived in a place called muttra (now known as mathura), that she was a mother who died at birth, and that her previous name was ludgi.

Her parents investigated because the girl continuously related the incident. There turned out to be a village called muttra, and there was a woman named ludgi who died few years back.

They took shanti to the village where she started speaking the local language and remembered her husband and children from previous lives. She also gave twenty-four detailed statements corresponding to verified details about Ludgi’s existence. This is the story about the rebirth of shanti devi.

Did you know, when Shanti Devi told Mahatma Gandhi about her past life information, he was shocked beyond belief and ordered to set up a commission to investigate this case immediately.

Shanti Devi was born into a family in Delhi on 11 December 1926. Shanti started speaking around the time she turned four and what she said left her family in shock. She began remembering things of her past life. And that she wasn’t Shanti but Mathura’s Lugdi Devi.

She also revealed about her real home in Mathura to her friends, where she once lived with her husband ‘Kedar Nath.’ She also explained how she died 10 days after childbirth.

At first, she was stopped by her parents from saying false stories. Whenever she spoke something about her past life, she was always turned down.

Upset over the reaction of her current family to her allegations, Shanti ran away from her home at the age of six and tried to reach Mathura. Shanti’s parents find her at the last minute and she has been taken around.

Meanwhile one of Shanti’s school teachers in Delhi sent a letter at the same address in the name ‘Kedar Nath’ as Shanti stated. An answer came from the real ‘Kedar Nath’ which surprised everyone.

As he entered the home of Shanti Devi in Delhi he was remembered by her immediately. Kedar asked several questions about the details of his life with his late wife, Lugdi, to whom Shanti replied with ease. Kedar was told that Shanti was his wife Lugdi.

Together with Shanti Devi, the investigative team reached Mathura on 15 November 1935 and found that it’s true.