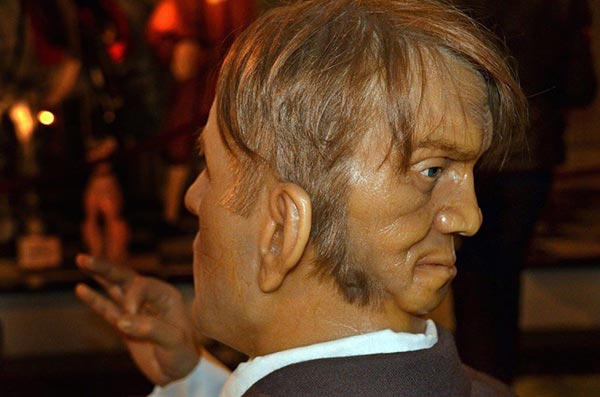 Edward Mordrake An English Nobleman Was Born With The face Of A Parasitic Twin On The Back Of His Head: “Man With Two Faces”
The face appeared to be conscious of it, ‘If Edward screamed, it would smirk and laugh in silence.’

Often the face will quietly gibber without ceasing. Ed said it was never sleeping but kept him awake with whispers of other things as they just thinking about it.

When Edward Mordrake committed suicide at the age of 23, “Man With Two Faces” demanded that the face should be destroyed before his burial’ as his awful whisperings remain in his grave’

Edward Mordrake [or Mordake as he was originally called] was a young, wealthy, and good-looking English nobleman who had everything from life that one might hope for. But, an awful curse come with all those wonderful blessings. Mordake possessed a horrific disfigurement in addition to his perfect, natural face: another face on the back of his head.

Given the elegance of the odd face, there was no question that it possessed its own intellect of a malignant nature’

His ‘devil brother’ constantly troubled Edward Mordrake, who held him up all night such things as they’re just thinking about in hell. ‘At the age of only twenty-three, the young lord was finally driven insane and took his own life, leaving behind a note ordering the evil face to be destroyed after his death, ‘so that it can end its awful whispering in my grave.’

Far from believing the child had been cursed like Edward Mordrake, his tiny village inhabitants claimed it to be an embodiment of the Hindu goddess Durga, who is usually depicted with several limbs.