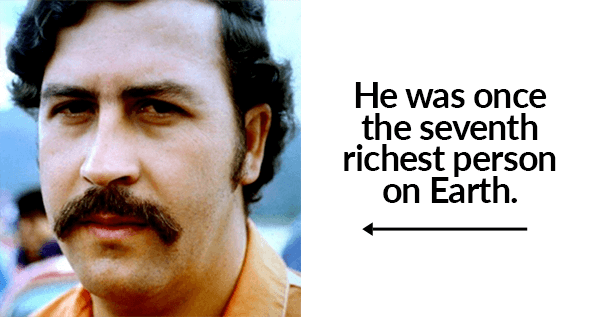 Pablo Emilio Escobar Gaviria, popularly known as ‘The King of Cocaine,’ was a Colombian drug lord who was responsible at the height of his career for nearly 80 per cent of the cocaine imported to the US. The drug lord was one of the world’s top ten richest men, with an estimated net worth of $30 billion. A ten-episode series called Narcos was recently published on detail life of this infamous cartel lord.

Read on to find out about Pablo Escobar’s fascinating and mind-boggling and fantastic truth.

These are some Unbelievable Facts About Pablo Escobar