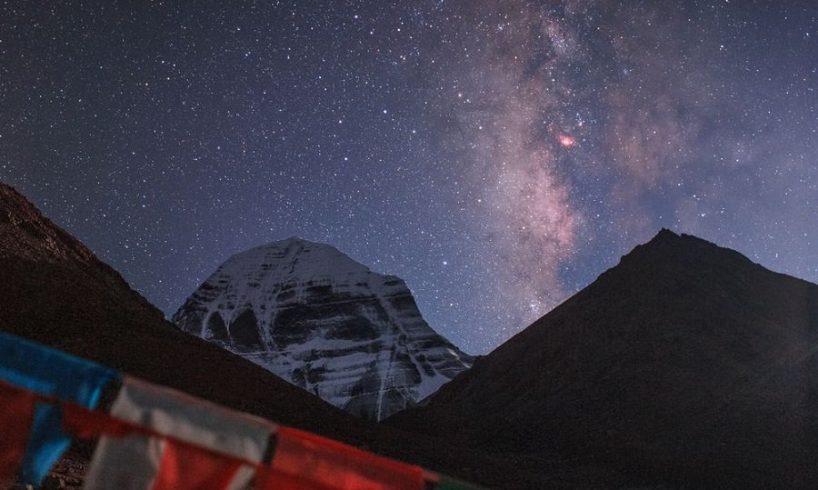 Mount Kailash is part of the Kailash range, which is spread across India and Tibet. Mount Kailash is thought to be Lord Shiva’s holy abode, where he is said to be in eternal meditation with his wife Parvati and his beloved vehicle Nandi. Whispers From Mount Kailash At Night.

The place is also considered to be the abode of Buddha by the Buddhists. There have been various strange events at this peak, one of the interesting ones amongst them is that no one has ever been able to reach the summit.

According to ancient texts, No mortal shall be allowed to walk atop Mount Kailash, where among the clouds is the home of the gods. Anyone who attempts to climb to the summit of the mountain in order to see the gods’ faces will be put to death.

One Can Witness Time Travel

Those who have visited the holy mountain have reported seeing tremendous growth, particularly in the nails and hair. The growth of nails and hair, which takes around 2 weeks in normal conditions, takes only 12 hours here; the mountain air contributes to the rapid aging process.

Nobody has been able to climb the summit except an 11th century Tibetan Buddhist monk named Milarepa who has been successful in scaling up the peak as it changes its destination and also tends to block the tracks which mislead the climbers. Many trekkers have never returned because they suddenly moved in the opposite direction or were forced to descend due to bad weather conditions. To date, all attempts to reach the summits have failed.

Central Axis Of The World

According to numerous investigations undertaken by Russian and American scientists, this holy peak is the center of the world and is known as the Axis Mundi. It is also said to be connected to several other monuments across the globe, including Stonehenge, which is exactly 6666 km away, the North Pole, which is also 6666 km away, and the South Pole, which is 13332 km away from this peak.

Mythical Link Between Heaven And Earth

Mount Kailash has four faces that face the four directions of the compass. According to the Vedas, the mountain is a link between heaven and earth. The summit, according to Hinduism, Buddhism, and Jainism, is the entrance to heaven. While climbing up the peak, the Pandavas and Draupadi are said to have attained moksha, with one of them falling off before reaching the summit.

Formation Of Swastika And Om Parvat

The mountain is said to cast a shadow when the sun sets, which looks almost identical to the Hindu holy symbol Swastika, which is considered an auspicious sign amongst the Hindus. Om Parvat is still another unsolved mystery, as snow falls on the peak and takes the shape of OM.

According to Russian scientists, Mount Kailash is not a mountain since it is far too perfect and symmetrical to be considered a natural occurrence. The entire summit has a striking resemblance to a cathedral and the sides are extremely perpendicular which gives it the appearance of a pyramid.

The Unique Shape Of The Lakes

These are some reasons why whispers from mount Kailash At Night.