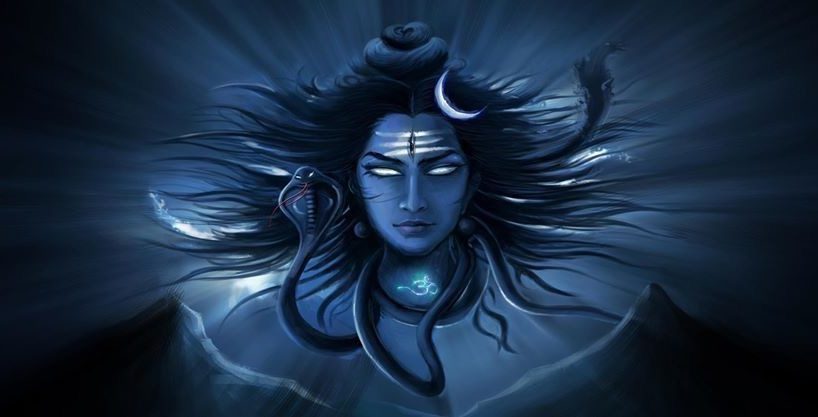 Lord Shiva is one of the most powerful Hindu gods. His devotees call him Mahadeva, Adiyogi, Natraja, Mahayogi, Bholenath, and Shankar. It looks to be beyond what others can see. The eye has a clear perception and is able to reveal what is really true. As we talked about Whispers From Mount Kailash in an earlier article. Let’s talk about Lord Shiva’s Third Eye.

Lord Shiva is known as the AadiYogi, which means He has been meditating since the beginning of time. So, His third eye is activated. The third eye is also called the Ajna Chakra.

According to the Puranas, there were a few times when Lord Shiva opened his third eye.

According to the Shiva Purana, when Indra and Brihaspati were going towards Mount Kailash to meet Lord Shiva, their way was blocked by a naked yogi with matted hair and a radiant face. The yogi was Lord Shiva himself, who had taken the form to test Indra and Brihaspati’s knowledge. Indra didn’t recognize the yogi and was angry that he was not moving out of their way. Indra asked him to move, but he refused. Indra became enraged after receiving no response and threatened him with his thunderbolt. Lord Shiva neutralized the thunderbolt and Indra’s arm became paralyzed. Shiva was angry at Indra’s actions, and his eyes went red, and Indra was frightened. This anger caused Shiva’s third eye to open, nearly killing Indra. Brihaspati recognized Shiva and prayed to him, requesting him to forgive Indra. Lord Shiva forgave Indra, and in order to save him, Shiva directed the fire from his eye into the ocean, and upon meeting with the ocean it took the form of a boy named Jalandhara.

A Demon from the Third Eye

According to another tale, Pippalada (son of sage Dadhichi) wanted to take revenge from the Gods for killing his father, therefore he began praying to Lord Shiva. Shiva granted him his wish that will be complete only  Pippalada would be able to see the third eye of Lord Shiva. Pippalada spent years performing penance and eventually succeeded in seeing Shiva’s third eye. Soon after, a demon came from Shiva’s third eye and attacked Pippalada. , he told him that his own body was created by Gods. Shiva was able to convince Pippalada to forget revenge because it would not bring his father back.

Watch More Articles Like Whispers From Mount Kailash at Night.