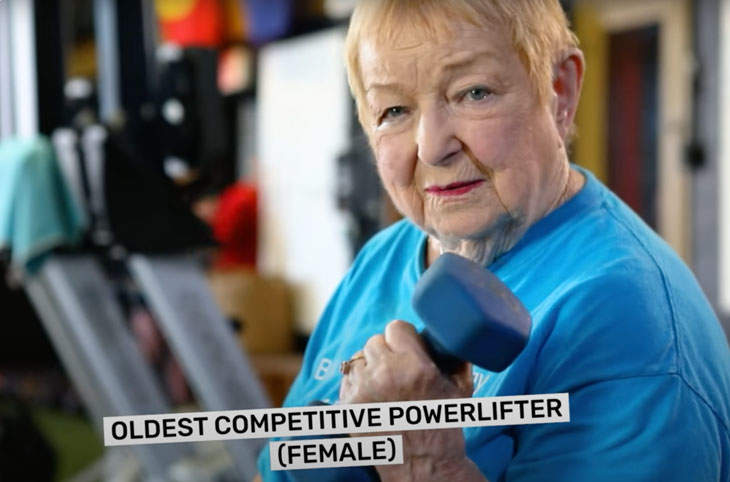 While the ongoing Olympics in Tokyo has caught the world’s attention, a 99-year-old Florida woman just set a Guinness World Record (GRW) as the world’s oldest powerlifter (female). Her video for the official attempt has now received a lot of positive feedback on the internet.

“Lifting weights upwards of 40-150 pounds, Edith is smashing the competitive powerlifting circuit, dazzling viewers and judges alike with her beautiful lifts, GWR wrote on its official website recognizing her.

Murray, a former dance teacher, was no stranger to physical activity, but it was through the encouragement of a close friend, Carmen Gutworth, that she became interested in weightlifting in her 90s.

“She likes to say she was dragged into the gym, kicking and screaming. She wasn’t one of them. Gutwurth said, “You don’t drag her anywhere.”

Gutwurth added, “All you have to do is suggest any activity to Edith and she’ll be right there.”

Murray said that she went to the gym on a daily basis and that she enjoyed challenging herself to improve every day.

“I started lifting regularly when I was 91 years old. Murray was cited as saying, “I never dreamed I’d be lifting on a regular basis.”

“I hadn’t expected any awards or anything, and the first time I won a trophy, I thought, that’s pretty neat,” Murray said, adding that as a performer and dancer applause was a very important part of her enjoyment.

“I think in my 90s, I became more aware of people’s need to be recognized for who they are, what they are, and how they are, and it’s the most wonderful thing in the world,” she says.

And she breaks the record and became the World’s Oldest Powerlifter.